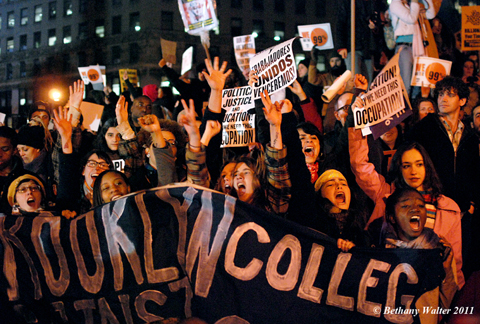 In the fall of 2011, Jesse was invited to teach an Occupy Wall Street-inspired course in the Political Science Department at Brooklyn College, a campus of The City University of New York (CUNY). In the spirit of Occupy’s horizontalism, self-organization, and de-centering of authority, Jesse reached out to people in his political-academic networks, asking if anyone wanted to join him in team-teaching the course. A handful of doctoral students from the CUNY Graduate Center responded with interest, and six of us moved forward as the instructors, or “Team Taught,” as we referred to ourselves.