Why the History of CUNY Matters: Using the CUNY Digital History Archive to Teach CUNY’s Past 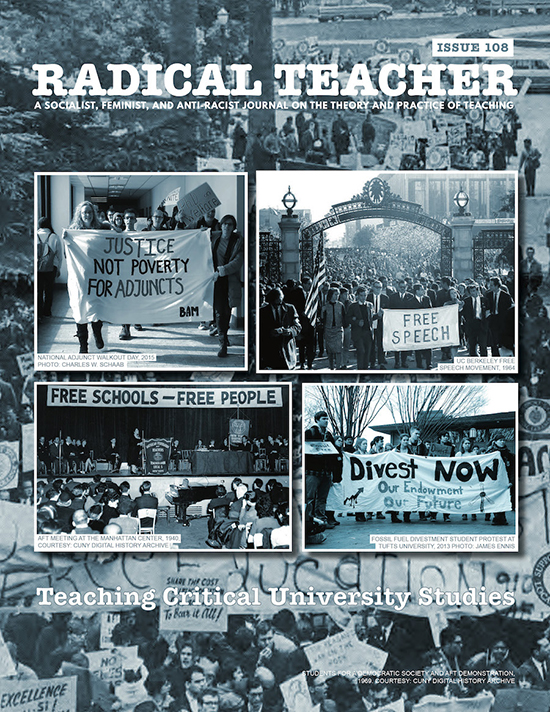 This article describes the newly launched CUNY Digital History Archive (CDHA), a project of the American Social History Project/Center for Media and Learning at the CUNY Graduate Center. The CDHA is designed to provide open, online access to a rich array of digitized historical sources that detail the important history of the City University of New York (CUNY). The article reviews that history, focusing on the postwar expansion of the city’s tuition free municipal college system and the subsequent birth of the CUNY system in 1961. CUNY’s growth helped launch a student-led fight for open admissions at various CUNY campuses in 1969-70, which resulted in the dramatic expansion of the undergraduate student body, including the admission of large numbers of working-class students of color in the early 1970s. The article ends with a discussion of impact of New York City’s 1976 fiscal crisis, which led to the elimination of free tuition and a cutback in CUNY’s plans for expansion and growth, a consequence that CUNY still has to deal with.

Association of the Bar of the City of New York (1999). Report of the Commission on the Future of CUNY Part I. “Remediation and Access: To Educate the ‘Children of the Whole People’” http://www.nycbar.org/member-and-career-services/committees/reports-listing/reports/detail/part-1-remediation-and-access-to-educate-the-children-of-the-whole-people.

(2010). “Writing Across the Curriculum at CUNY: A Ten-Year Review.” https://www.cuny.edu/about/administration/offices/ue/wac/WAC10YearReportJune2010.pdf.